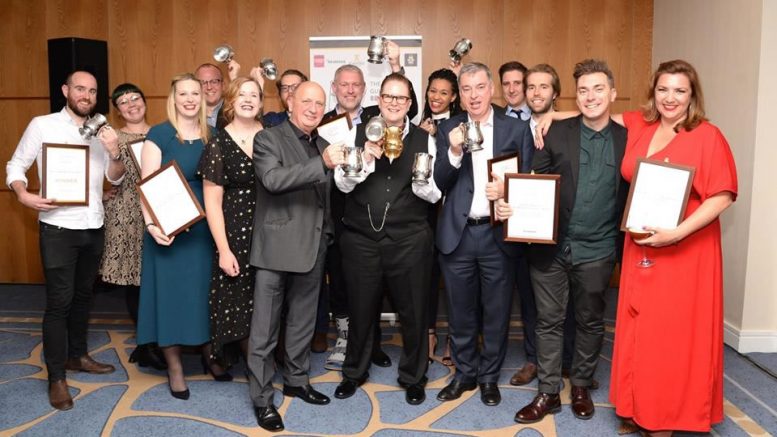 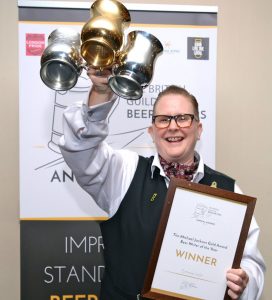 Emma Inch, the Brighton based beer writer and radio broadcaster has been named Beer Writer of the Year 2018.
Inch is the creator and presenter of Fermentation Radio, the UK’s only regular beer and brewing show on FM radio. She has written for a number of national and international publications, judges regularly at beer competitions and this summer established the first Brighton & Hove Beer Week.

Beer Writer of the Year is the top award in the Guild’s annual competition for writing about beer and pubs, which this year received more than 140 entries across nine categories. Inch won two category awards – National Media and Online Communication – on her way to the top prize.

Adrian Tierney-Jones, chair of judges this year after taking the Beer Writer of the Year title in 2017, said, “All the judges found it exceptionally hard to choose the winners and runners up from the very strong field of entries received this year. As someone who has written about beer for 20 years, it is heartening to see the impressive levels of knowledge, energy and passion in beer and pub writing, and also to see the growing media interest in the subject.

“It’s always good to see new voices receiving recognition in our awards and tonight’s roll of honour includes writers who only joined the Guild this year, proving that our robust judging rewards talent, not time served. Everyone who received an award or a commendation should be extremely proud; they really are the cream of British beer writing in 2018 and we wish them all success in their future career communicating about beer and pubs.”

The Guild’s Brewer of the Year title, presented at the same time as those for writing, was this year shared for the first time by two candidates who drew level in a poll of Guild members: John Keeling, recently retired from Fuller’s, and Jaega Wise, head brewer at Wild Card Brewery.

Presenting these Awards, Guild chairman Pete Brown said, “Both John and Jaega are worthy recipients. John’s contribution to brewing has been immense, from championing traditional cask ale to creating contemporary crowd pleasers with craft brewers, while also being an advocate for gender equality in the industry, appointing a woman head brewer to succeed him.

“Jaega has not only been producing outstanding beers but has also worked tirelessly to promote beer among the general public and built links with other drinks industries such as wine. Jaega has risen to become one of the most important voices of the industry, and a champion of increasing diversity and promoting equality within it.”