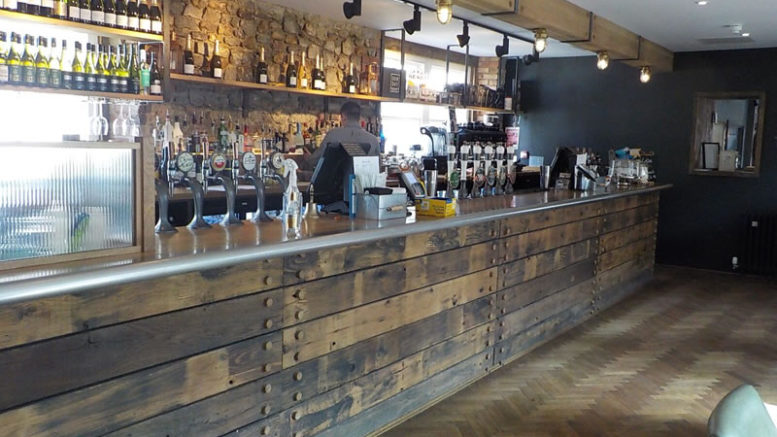 CAMRA has unveiled the winners of its prestigious Pub Design Awards, which aims to recognise the most stunning feats of architecture, design and conservation in British pubs across the country

Andrew Davison, chair of CAMRA’s judging panel said: “Palmers brewery has transformed a small, rather run-down pub into a modern, exciting place for the twenty-first century. Their architects have gone all out to maximise the use of the site, including an external, first-floor terrace from which you have views of the sea.
“What really impresses is the use of good quality finishes such as the lovely dark blue tiles in the gents’, the oak casing of the piers in the front bar, the rustic character of the bar counter, and – especially – the restrained, non-cliché look of the references to things maritime (when it would have been all too easy to overdo it here). No doubt this will long be a thriving watering hole for visitors to the magnificent Jurassic Coast.”

Tadalafil treatment link is much more effective if you exercise and eat he althy food. Cialis (Tadalafil) price depends on the manufacturer and the number of the active substance. You can choose Tadalafil among other PDE5 inhibitors. If you takeit and get an erection that lasts more than 4 hours, get medical help right away.

A striking example of seaside architecture, this Grade II listed building had been one of the most at-risk Victorian/Edwardian buildings in Kent. It was built in 1903 as a Concert Hall and Assembly Rooms and later became a casino, however, it fell into serious disrepair following its closure in 2008. Reminiscent of Kew Gardens from the outside, both interior and exterior have been skillfully smartened up thanks to designer K D Paine & Associates Ltd. The pub also boasts fantastic views across the sea.

Andrew Davison, chair of CAMRA’s judging panel said: “The Slaughterhouse’s unique and distinctive design has made it an iconic landmark. Right by the harbour in St Peter’s Port, customers can gaze out to sea from the gallery and the raised outdoor area. It is clear that quality materials and finishes have been used throughout, bringing new life and purpose to a landmark historic building. It is a worthy winner of CAMRA’s Pub Design Award.”

The Coopers Tavern operated as both a brewer’s house and a malt store and was the shopfront for Bass Imperial Stout in the 1800s. Over the years, it became the Brewer’s tap for Bass brewery and opened its doors as a public house.
When Joule’s Brewery took over the ownership it decided to carry out the careful refurbishment of a pub which has long been seen as an institution in Burton, but which had become rather run down through regular changes in ownership and management. The simply furnished interior of the historic pub has been conserved with appropriate materials and finishes, and the opportunity has been taken to expand into previously private spaces and create a couple of new rooms which share the character of the originals.

The Cardigan Arms in Leeds which was saved from closure by Kirstall Brewery, which turned around the pub’s fortunes

Andrew Davison, chair of CAMRA’s judging panel said: “The Cardigan Arms, it must be said, is anything but ordinary, although it is on a street corner. The work here has been done with great care, using historic colour schemes and matching historic finishes. The pub has truly been restored to something approaching its former glory, whilst subtle changes, such as the introduction of a wide range of real ales and a brief but well-chosen menu to draw in customers from well outside the immediate area.”

Pubs that were highly commended this year include:

The Sekforde Arms, London for its restoration after nearly 200 years of serving pints
The Butcher’s Hook, Thornbury which was left empty and derelict before significant investment brought the former butcher shop back to life
The Draughtsman Alehouse, Doncaster which was transformed from a disused storage area into a bustling micropub on platform 3b of Doncaster rail station

The Bell Inn in Aldworth, Berkshire is CAMRA’s Pub of the Year