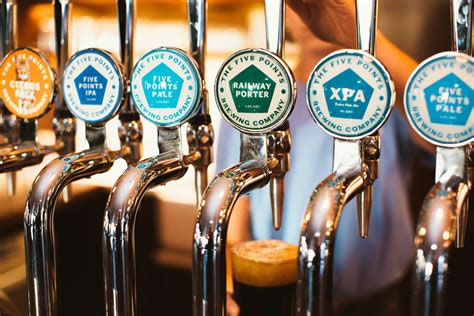 The Five Points Brewing Company, based in Hackney, East London, have reached their current crowdfunding target and are now overfunding as the independent brewery seeks investment to build a new brewery and taproom in the heart of Hackney.

The move allows Five Points to merge its separate production and warehousing sites into one new flagship headquarters in Mare Street, Hackney. Due to launch in September, the new indoor taproom will host visitor tours and guided beer tastings, include a mezzanine viewing gallery, and will have a large outdoor area for open-air hospitality.

Five Points hit their initial target of £350,000 within seven days, and plan to continue with the investment round until Thursday 20th May. Investors receive shares in the company as well as a range of discounts and unique investor experiences.

Ed Mason, Co-Founder and Managing Director of The Five Points Brewing Company, said: “Covid-19 has been incredibly challenging for the hospitality and brewing industry, and forced all of us to examine our business models and what we do. Here at Five Points we are doubling down on our East London location, building a brand new combined brewery and distribution centre and, excitingly, create what will be Hackney’s largest on-site brewery taproom, just a stone’s throw from London Fields and Bethnal Green.”
“We are delighted to be committing to Hackney, and have exciting plans to grow as we build back from the challenges of Covid-19. We have been gobsmacked by the level of support from our existing investors and local community, and are excited to be welcoming people back to drink tank-fresh beer right where it’s brewed.”

A stone’s throw from bustling London Fields and Broadway Market, the taproom is set to be the largest brewery taproom in Hackney and will become the ultimate East London destination for tank fresh Five Points beers and tasty ACE Pizza.