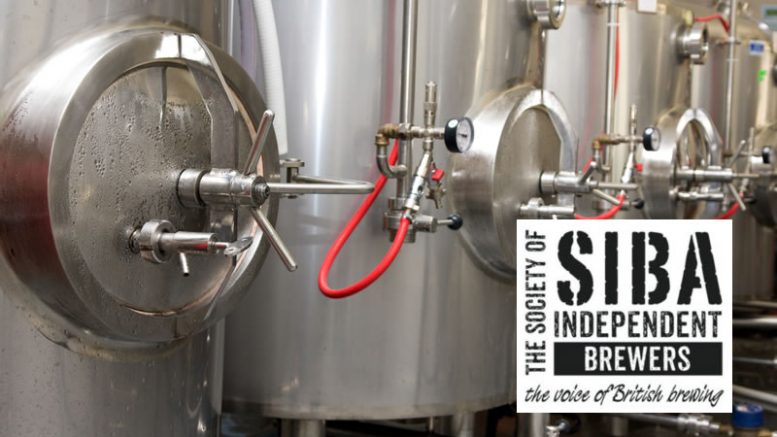 The Society of Independent Brewers (SIBA) has set out its proposals for how Small Breweries’ Relief (SBR) can be enhanced to encourage job creation, investment and growth in British independent brewing whilst protecting our flourishing small craft brewers

SIBA has written to HM Treasury calling for:

SIBA is calling on brewers of all sizes, publicans, pub companies and lovers of British independent craft beer to back these proposals for positive reform. They say that the proposals, if adopted will improve an already successful Government policy, which has fuelled the unprecedented growth in craft beer, creating enormous choice and diversity for beer drinkers.

Mike Benner, SIBA‘s chief executive said:
“SIBA was responsible for convincing Government to introduce SBR in 2002 and to improve it in 2004. Now, SIBA are leading the way to make SBR fit for the radically different beer market we have today. We believe small changes can be made to an already winning formula with a modest impact on Treasury coffers. We believe our proposals present a strong case for reform.”
“Reform is needed to remove the ‘cliff edge’ to growth that exists. However, that reform shouldn’t come at the expense of smaller brewers currently in receipt of the full level of relief. We’re now calling on everyone in the industry, big or small, to look at SIBA’s proposals and back our case for reform in the November Budget.”

Ian Fozard, newly elected SIBA chairman added:
“Our proposals for reform are rooted in a deep understanding of how breweries work. Their costs, their motivations and their experiences of growth that we’ve derived from our wide and diverse membership base. We have a model of reform that works, and that we think Treasury will adopt.”

“We now have an opportunity to gather industry support and press to reform small breweries’ relief ahead of the November budget. But SIBA will also be campaigning in the run up to the Budget on the two core issues that affect the whole industry. We all know the headline rate of beer duty remains too high and the burden on pubs through business rates is unsustainable. The beer and pubs industry has a number of challenges ahead, but SIBA will be leading the way for our members.”

Alongside these recommendations SIBA publishes its model for reform, outlining how changes can be made to the relief curve and what this means in cash terms on every barrel of beer brewers make. SIBA also publishes a report from the respected Centre for Economic and Business Research (CEBR), which examines how SBR is working and how it can be reformed.