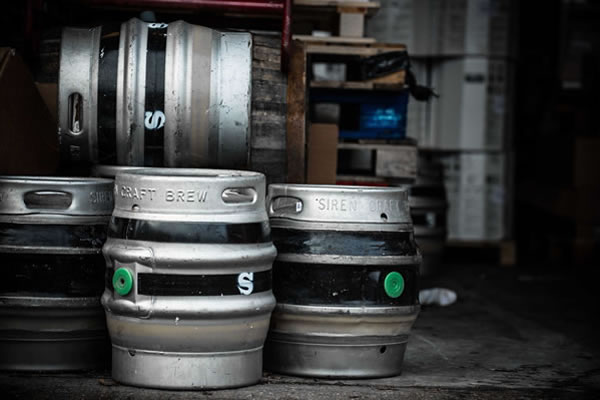 Berkshire-based Siren, recently named one of the world’s top 100 breweries by Ratebeer, have penned a long term deal with The Draft House, a 13-strong group of pubs located in London and Milton Keynes.

The new relationship ensures that at least one of Siren’s Flagship Beers, or their ‘Suspended In’ range, will be on cask at each of The Draft House sites throughout 2018 and into 2019.

Darron Anley, Founder of Siren Craft Brew said:
“The new agreement firms a long-standing relationship between Siren and The Draft House. Both of us continue to be strong supporters of serving flavour-forward, quality modern cask beer in the best condition possible.”

Throughout the new listing, Siren will make weekly visits to each of The Draft House sites to ensure the freshest product possible, while underpinning a commitment to quality with in-depth training for The Draft House team.

Charlie McVeigh, Founder of The Draft House, added:
“I love drinking cask ale. And this partnership with Siren will give us the chance to collaborate on brewing, cellaring and serving some of the finest cask ale known to humanity. In a world which increasingly claims to value the authentic, I find it astonishing that so many brewers and craft beer fanatics are turning their back on our unique, delicious national drink. Well, here at the Draft House we’re standing shoulder-to-shoulder with Siren and our many other cask partners to turn that around in 2018. And we will, one sensational pint at a time.”