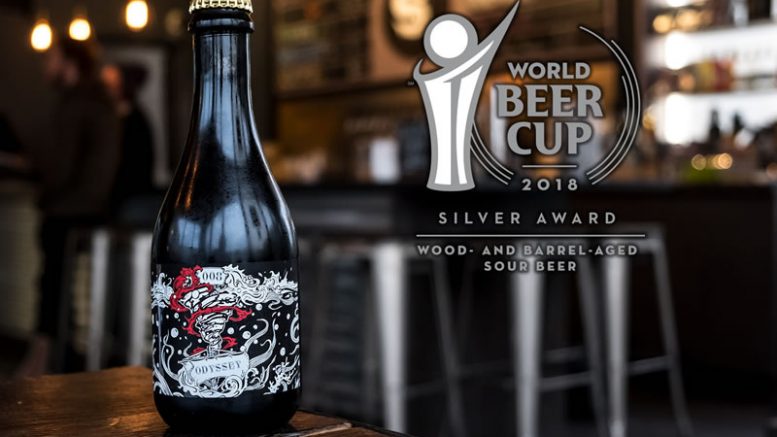 Siren Craft Brew has earned a first medal in the most prestigious beer competition in the world, after their Odyssey 008 lifted silver in the Wood- and Barrel-Aged Sour Beer category

More than 8,000 entries from 66 countries competed at the event, held every two years. 295 judges were on hand at Nashville, Tennessee, to recognise Siren’s excellence; the Berkshire brewery joined the category podium alongside California’s Bruery Terreux and Colorado’s Dry Dock Brewing Company.

After blending the beer Siren returned 008 to red wine and bourbon barrels for another three months before a small addition of cherries and blackcurrant. The resulting beer has a gorgeous oak character with prominent red wine tannin influence, bramble & berries and a fruity acidity on the palate. Tasting also picked up floral notes, almonds, umami and a delicate funkiness.

Siren’s Andy Nowlan enthused ‘We’re proud and humbled to have picked up our first ever World Beer Cup medal. Of the multitude of beer awards you can enter – this is the one! Our love of barrel ageing began on day one with Maiden and still epitomises what we’re about as a brewery today. This is amazing recognition for the dedicated team here at Siren, and especially so for our Barrel Manager, Steve Hoile.‘